All You Need To Know About PLC And Drive Control Panels 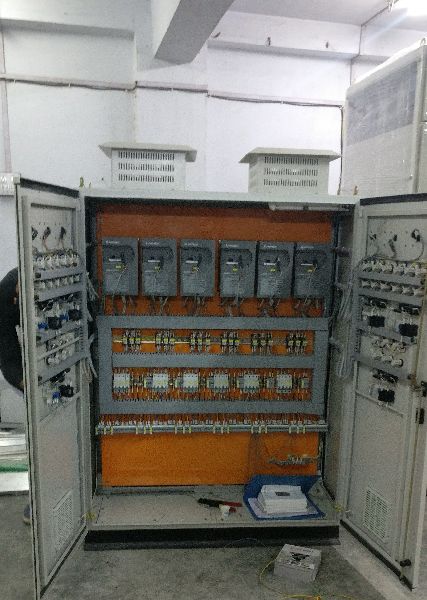 There are several PLC & Drive Control Panels Exporters who sell high-quality programmable logic controller-based control panels. It is popularly known as the PLC automation panel and is considered as one of the list efficient and accurate quality control panels. It is usually used as an electronic and electrical circuit fitting.

These control panels can provide higher output with consumption of very less power in the process. The PLC and Drive Control panels have a solid PLC logic integrated into it along with flawless and high-end hardware programming.

These control panels have a special kind of a controller. The controller used in these panels is available in a great variety. It can be either PLC, DCS or relay or another such type the f controlling unit. The main task of the controller is to send the digital input signal to the MCC panel, which starts the motor.

The normal control panel works based on the PLC or DCS program and relays logic. The various instruments of the entire system are connected directly to the control panel unit. There are several indications on the panel which works for interlocks and other such activities. These days, the single panel control panel is greatly used instead of using separate controllers or the MCC panels.

What is PLC?
The programmable logic controller, more commonly known as the programmable controller is an industrial digital computer that is ruggedized and has adapted itself for having a complete hold and control on the manufacturing processes.
The manufacturing processes involve the procedures of waiting in assembly lines or any other type of robotic devices. It also takes care of any activity which requires highly reliable control along with ease in the field of programming. It also processes and undertakes diagnoses of the various faults in the system.

Uses of the PLC unit:
The idea of a programmable logic controller or commonly, PLC, first came up in the field of the automobile manufacturing industry. It was done with a motive of providing more flexible and easily programmable controllers after replacing the components like hard-wired relays, the timers, and high-quality sequencers. From that time, several sectors have adopted this highly reliable automation controllers which suit the harsh manufacturing conditions of that industry.

The PLC units are available in a great range of sizes and types including small-sized modular devices having several inputs and output nodes, the ones with the entire housing integral unit with processors, large rack-mounted modern devices having over thousand of input and output jacks. The PLC & Drive Control Panels Supplier of India sometimes also network the PLC unit with the SCADA system for a better and smoother process.

These programmable logic controller panels are specially designed for serving multiple arrangements of the digital and the analog input and output processes, keeps the range of the temperature extensions, increases the immunity towards the electrical noises and above all, adds up to the resistance against vibrations and its impacts. The control machine is fed with the programs which control the entire system.

This entry was posted on September, 06, 2019 at 11 : 26 am and is filed under PLC. You can follow any responses to this entry through the RSS 2.0 feed. You can leave a response from your own site.